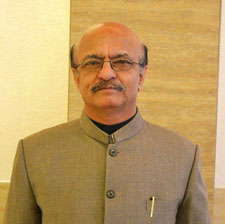 RESIDENT SPEAK: Riding and driving rough are something most unworthy

Dwarka: When I find Dwarkiites disrespecting traffic laws, not only I feel pain but my pleasure is very much at a discount. When you are disrespectful to traffic rules, you are very clearly encroaching upon the safe traffic rights of others.

People forget that speed thrills but kills. Riding and driving rough are something most unworthy. At times, people on my right and left just want to show two hoots for the red light. They hardly draw a line between the green and the red.

At times, they even cross the speed gun and at other times such rash drivers are given a chase by the traffic police. However, when they are trapped and caught, they are not afraid of picking a quarrel with the traffic police. People take pride in the fact that they do not care to have fight with traffic officials.

Still more, honking by the bus drivers, car drivers, bike drivers, etc. is a big problem. Such drivers keep honking even before the hospitals, the educational institutions and nursing homes. They don't care even for the comfort of the patients and they show scant regard even for the students taking their lessons.

It, indeed, is a painful phenomenon that various precious lives in the accidents are lost. When someone is in a pool of blood, no one cares to stop. There is hardly any empathy for human beings. The practical charity is dead. Perhaps the catholicity is left only for religious places.

Sometimes, I feel compelled to believe, that the recital of prayers in the shrines is nothing more than something fallow and hollow.

Let's be awake, arise and do pragmatic thinking. Let's build the right traffic sense and be sensitive towards human life.