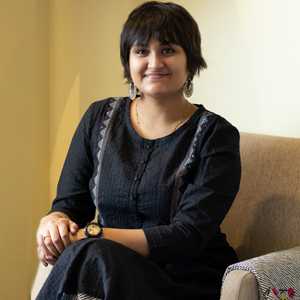 Crater at the Golokdham market turn

Dwarka: A stretch of road between Golokdham market to Venkateshwar International School is full of potholes and has been damaged since one year in Dwarka’s Sector 10..

The residents have been complaining about the bad state of road for the last four months but there has been no headway.

Mohini Sharma, president of Suruchi Apartments said, “A road should be in good condition near a school. The speed breakers are missing. People often drive through the road at a very high speed and end up getting into accidents.”

“We have seen many two-wheelers toppling because of the potholes,” she added.

The turn near the Golokdham market is even more dangerous as the potholes are deep and spread all over the road. It is a place where many people often fall from two-wheelers.

Twenty-year-old Vedika, another resident of Suruchi Apartments said, “This road has been in such a state for long. Majority of the accidents happen at night. I often come to know about them as I live nearby. As there are no street lights, people find it difficult to negotiate the potholes and often meet with fatal accidents.”

Monika Mohale, Secretary of Rohit Apartments said, “I'm more concerned about the turn by Golokdham market. That is where the potholes are the deepest. It's good that the schools are shut right now because when buses pass through this road they wobble dangerously. If this doesn't get fixed, I'm scared accidents may become more fatal.”

There was no response from the DDA official to City Spidey. Dat calculation tho
18 Days Ago
Great article, this issue needed some attention!