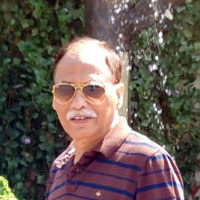 A bench taken away by anti-social elements
Photo: Supplied

Dwarka: The entire area behind plot numbers 1 to 7 in Sector 7, Dwarka has been a target of anti-social elements. The parks and a walkers' lane are not safe anymore.

Around ten days back, ten metallic dustbins were stolen in just one night from Shyam Vatika which is located between plot numbers 4 and 5 near Harsukh Apartments and Kamal Vihar. However, when they confronted, he just vanished leaving behind the rickshaw. Immediately, police and area councillor were informed and they reacted quickly by reaching there. The councillor’s men from SDMC’s Horticulture Department took away the dismantled bench.

After two-three days, one more bench was taken away during the night. While dismantling the bench, they damaged the wall of a jogging track. Now, there are five-six moveable benches and twelve fixed benches left.

I have a feeling that these benches will also be stolen one by one. There are non-metallic dustbins with metallic stands, which are seen in damaged condition. I also feel that these stands will also be taken away.

I request the authorities including the elected representatives and bureaucrats to look into the matter and save the benches and the dustbins from getting stolen.