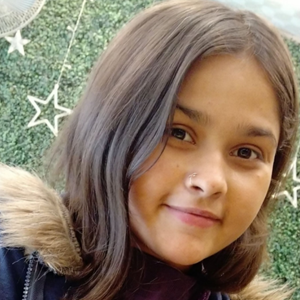 Dwarka: Women in most families in India get married at an early age. Many of them become housewives while there are also others who work on their dream and passion. In  India, it is still very difficult for a woman to work outside.

41-year-old Namitha Chaudhary, who is a resident of Dwarka, hails from Madhubani district in Bihar. She got married at early age of 20 years while she was still  studying in the first year of her college. She said, “I think my parents wanted me to get married at an early age. After marriage, I shifted to Mumbai as my husband was working there. It took me 5-6 years to fully understand the married life and meanwhile I also completed my graduation. We got blessed with a baby girl,” said Chaudhary.

In 2008, Chaudhary gave birth to her second daughter. Soon a question started cropping in her mind. She was happy to take care of a family but she was also worried about her own existence. She had everything, two babies, a good family but still she was left with a question: What next?

Her inner voice always asked her – Is she the only one here to care for her surroundings and family members? She always wanted to do something in her life. Chaudhary continued, “I did simple graduation and I didn’t know what to do?” Later, Chaudhary started working in an orphanage, as she wanted to work on the ground level.

Chaudhary went there with the help of one of her friend. The  orphanage helped kids to get their new families, most of the times the children were traced by the police and later shifted to this  orphanage.

Recalling the experience, Chaudhary said, “These kids came up with a very depressing  background, someone’s father was an alcoholic, so the mother left and the children were shifted to this orphanage by the father. One of the kid was affected by polio and was completely unaware about his parents. Irrespective of their situations, these kids never left smiling. Every time I saw their faces, I got inspiration.”

We always want something more in our life and that’s human tendency. As per Chaudhary, the kids changed Namitha’s mindset. She used to teach these kids but she rather discovered a lot by just being with them. 7-8 months passed, Chaudhary’s husband got a transfer letter and they shifted to Dwarka, Delhi.

After living for 11 years in Mumbai, Namitha found it very difficult to start again from the beginning. She started getting depressed because she wasn’t able to cope up with Delhi’s culture and how things work here.

She shared, “I was so attached with those kids that I was not coping with sudden change. Initially, I was doing nothing and finding no way to start a fresh life.” She started working in one of the foundations but she was not satisfied. Later she left everything and started teaching in the backyard park of her society with her friend Seema Joshi.

She said, “It started with 5-6 kids and slowly got increased to 25 then 30 and so on.” She and her friend Seema started their organisation 'Choti Si Khushi' at Sector 3 in Dwarka. It officially became an NGO in 2014. They not only teach children but also women. Their task was not just limited to books but also their overall growth. Many others joined them later for their noble cause.

Now Choti Si Khushi is a renowned name in the locality of Dwarka. The resilience of Chaudhary has brought her to this place. She is an inspiration to all the ladies who struggle to break free from the daily routines of their lives. Sakshi Anand
18 Days Ago
Filled with so much emotions right now. More success to CHOTI SI KHUSHI and more power to Namita Choudhary and Team!❤

Manvi Singhal
18 Days Ago
Proud of you Aunty! Keep up the great work! You inspire each and every person around you ✨

Ashmita kohli
18 Days Ago
Amazing and inspirational❤️more power to such women.. wishing the team of 'choti si khushi' more success and greater heights

Rohit Bisht
18 Days Ago
Wow what an inspirational story????...this will surely inspire lot of other women????✨

Abhinav Maurya
18 Days Ago
Good to have some good news! ????

Vaishnavi Mishra
17 Days Ago
Such an amazing and beautiful work by the team of "Choti si Khushi". Inspiration for many and keep doing such great social services and spreading love and happiness.

Best wishes to the team