HR-RERA chairman asked one of the directors of the project, to address homebuyers’ grievances.

Gurugram: The Haryana Real Estate Regulatory Authority (HRERA) asked Sare Homes’ developer to submit a mitigation plan to execute phase-wise completion of the project. The development has come following a series of complaints of homebuyers accusing the developer of laxity in completing the project.

In a meeting with several homebuyers on Tuesday, chairman of HRERA, K K Khandelwal asked Vineet Relia, one of the directors of ‘Sare Homes’ project, to address homebuyers’ grievances. The regulatory authority has fixed February 20 for next hearing on the issue.

Spread over a 48-acre area in sector 92 of Grurgram, the underdeveloped township, ‘Sare Homes’, is to be completed in five phases. Residents of all five phases have their own grievances. After receiving a bunch of complaints against all the phase, the real estate regulator compiled them before directing the developer to submit its reply.

CitySpidey learnt that the construction of phases 1 and 2 had been completed and the homebuyers have got possession of their flats. They even have elected a representative body of the residents. However, the flat-owners ( of phase 1 and 2), in their complaints, have accused the developer of several discrepancies in the project.

The residents have also alleged that despite having an elected body, the management has not handed over the maintenance to the residents of the society.

Praveen Malik, RWA president of Royal Green Owners Condominium Association, said, “There are several infrastructure gaps in both the phases, including electricity infrastructure, non-payment of IFMS fund, security laspses among others basic amenities. All this has to be fixed by the builder before the formal handover of the society. But the builder failed to do so even after repeated request.”

Phase 3 has 13 towers where 525 homebuyers are still awaiting possession of their flat.

Aditya Jakhar, one the residents of phase 3, said, “The builder has left the project unfinished with no basic amenities such as functional STP, lifts, fire-safety system, deteriorating internal roads, wall plasters, tiles etc.”

In phase 4 and 5 of the township, the residents allege that the builder has abandoned the project after building the structure.

SD Malhotra, one of the homebuyers in phase 4, who booked his flat in 2012 and is awaiting possession of his dream home since, said, “The project has been stalled for more than two years. Since there is no one in the company to look after our grievances, we have approached the RERA for help to get our flats. We have asked the HRERA to explore all the possibilities of reviving and completing this project in a time-bound manner,” he said

“Most of the homebuyers have paid almost 90 per cent of money for their flats. In the wake of the current precarious situation we are grappling with a financial strain as we have to pay huge amounts in the form of EMIs and rent,” bemoaned Malhotra. 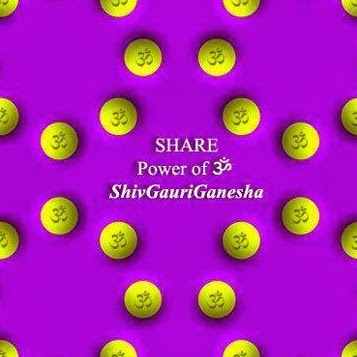 Subhash Kumar
528 Days Ago
It has become a universal disease. I booked a plot in Indiciti ,Jaipur. After taking 90% of money, the promoters have simply vanished. There is no reply to my variuos mails, messages and telephonic tries.
Whom to and where to approach.

Subhash Kumar
528 Days Ago
It has become a universal problem. I booked a plot in Indiciti, Jaipur. After the 90 %, payment had been received, the promoters simply seem to have vanished. There is no response to our various calls, messages. etc.
Whom to approach and where to approach.
PREVIOUS