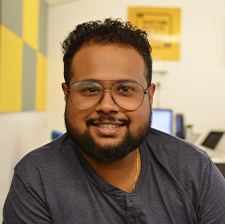 Greater Noida: Signboards are meant to help commuters and ensure smooth traffic. However, this is not the case in Greater Noida.

Rather than providing directions to the commuters, these signboards confuse them.

Commuters often find themselves getting lost in the city due to the dilapidated condition of the signboards. Every time an intersection comes, drivers have to peep out of their car window to ask passersby for the direction.

Also Read: PHOTO KATHA: Can you spot the signs in GreNo?

Most of the signboards in the city are either broken or hidden behind the trees making difficult for the commuters to see the directions.

We wonder if it's actually meant to guide commuters

A signboard hid behind an advertisement board

CitySpidey had reported about the same issue in the area last year, however, it is yet to be solved.

Neeru
357 Days Ago
Nice story Smarat. Actually whole NOIDA has hardly any signboards. Most of old one are either covered by branches/handbills /or lived their life. Specially it goes for NO Parking.
u must take up matter as Traffic Police is only interested in taking photo and sending challans.